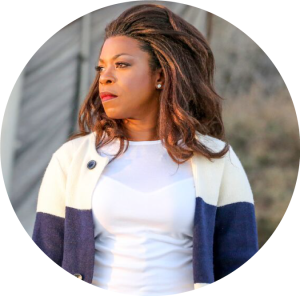 Lorraine Toussaint is considered to be one of the leading actresses working today. After her graduation from Juilliard, she began her career onstage in NYC receiving critical acclaim and accolades. She slipped seamlessly into television and film, starring on TV in the landmark drama ANY DAY NOW and CROSSING JORDAN, recurring on LAW AND ORDER, and appearing in such hit shows as SCANDAL and THE FOSTERS. Her most memorable role has to be the villainous Vee on the hit series ORANGE IS THE NEW BLACK. She currently stars on Fox TVs ROSEWOOD, opposite Morris Chestnut.
Her film roles include the award winning MIDDLE OF NOWHERE and SELMA, both directed by Ava Duvernay, Seth Rogen’s THE NIGHT BEFORE and the upcoming SOPHIE AND THE RISING SUN and COCO.

Throughout all of this, Ms. Toussaint always maintained a lifestyle that would only be called Everday Lovely- an attitude that has permeated everything she does. By finding the simple and beautiful in every day things, Toussaint believes that you create your own sanctuary – whether you have $4 or $4,000,000. Use what you have access to and you can create a world that is lovely everyday. Lorraine and her daughter Samara live this philosophy and are excited to introduce you to this world.